Iran's history, as well as the history of the region formerly known as Persia, is filled with significant social, techno... Iran's history, as well as the history of the region formerly known as Persia, is filled with significant social, technological, religious, cultural, and other occurrences.

This extensive history of more than four millennia has contributed to the existing distinctions in races, languages, religions, and generally all cultural differences.

Although Christianity does not currently make up a significant portion of the Iranian population, it does, along with Zoroastrianism and Judaism, make up Iran's non-Islamic religions and has more than a million adherents.

The fact that there are more than 600 churches on the current Iranian land demonstrates that Christianity has had a substantial historical presence in Iran and that more than 300,000 people call Iran their home today.

Next, we'll introduce you to Iran's top five churches, which you could add to your list of places to see while you're there:

Christianity and the call to this faith were created in Iran during the Parthian era, and some people converted.

The shrines of these people's religion's adherents began to appear all over Iran, each one constructed in a distinctive manner.

The cathedrals, which served as a representation of the Christian world, were exquisitely decorated and flaunted unique architectural elements.

In Iran nowadays, there are close to 600 churches, 90 of which are National Monuments, and three are nominated as World Heritage Sites.

In this post, we'd like to extend an invitation to you to visit some of Iran's stunning churches, which are notable architectural models and exceptional examples of Christian religious structures worldwide:

Church of Qara Kelisa in Chaldoran One of the most magnificent holy locations in Christianity is the Church of St. Thaddeus, also known as Qara Kelisa, a black and white stone structure that is included on the UNESCO World Heritage List.

The Church of St. Thaddeus is regarded as the First Christian Church in the World and was built by the preachers and apostles of Christ, at least according to the Armenians.

The church has the name of one of Jesus Christ's apostles who, in the year 40 or 43, traveled to Andaz in northwest Iran to preach this religion.

The Qara Kelisa Church is without a doubt the most well-known church in Iran.

The church has also been included since 2008 on the UNESCO World Heritage List. This church, which lies 20 kilometers northeast of Chaldaean in the province of West Azerbaijan, welcomes several Armenians and Christians from Iran and other nations every Christmas.

Is Qara Kelisa the oldest church that has ever been constructed?

With a little amount of searching about the church, the first thing you notice is the title of the world's first church for this hallowed landmark.

No one has been able to pinpoint the exact year when this church was built, however it was most likely built in the first or second century AD.

This date can genuinely demonstrate that the Qara Kelisa is the oldest church in the world, according to western sources and a list of the oldest churches in existence, but there are still a few things to take into account:

According to historians and academics, Etchmiadzin Cathedral in Armenia clearly had an influence on the more recent portions of Qara Kelisa, proving that Etchmiadzin predated Qara Church.

As was already mentioned, the Qara Kelisa church has been added to the list of global historic sites, however there is no mention of the church being the first church in the world on the website of registration on the UNESCO World Heritage Site.

If such a moniker is specified, a world record is required.

cathedral in vank The Sacred Savior One of the old Armenian churches in Isfahan, Vank Cathedral dates back to King Abbas II.

In Armenian, a bank is referred to as a monastery. The name of this church, Amna Perkich, which is Armenian for "Holy Savior Church," comes from the Surp Amna Perkich Vank Church in Nakhchivan, Azerbaijan.

Additionally, the entrance door is topped by a bell tower with three levels and an hour bell that weighs 300 kg on the second floor.

This bell tower was a gift from a businessman named Mardyrus Jordanian and dates around 1931.

Vank Church, which has a built-up size of 3857 square meters and a total area of 8731 square meters, has various characteristics that set it apart from other prehistoric Armenian churches:

Vank is constructed primarily of bricks, in contrast to the majority of other Armenian churches, which are often made of stones.

The dome of Armenian churches is typically cone-shaped, while the dome of the Vank church is shaped like the dome of Safavid-era Iranian mosques.

This church uses a lot different gold and gilding techniques than other churches.

All of the church's walls and interior are decorated with Old Testament-themed paintings and murals showing scenes from Jesus Christ's conception to his resurrection, the Day of Judgment, Paradise, and Hell. Khalifa Hwanez Marcos, Pastor Stepanos, and Professor Minas,

Armenian painters who were supported by Eunice Avedik Stepanos, produced these pieces.

These murals are actually the most significant aspect of this church, making it one of the most beautiful cathedrals in Iran.

The entire church was decorated with oil paintings in the Armenian and "Tazhib" Islamic styles on the walls, arches, inside the dome, and in other areas.

The church has also had gildings, which have considerably enhanced its remarkable beauty.

The Vank Church is also one of the most well-known Christian gatherings on numerous occasions throughout the year, including Christmas.

Following Nasser-e-Din Shah's (1848–1896) visit to France, road building initiatives between the cities to link Tehran with Europe got under way.

The Anzali road was created by a Russian business called "Insurance and Transport," whereas the Tehran-Qazvin road was built by Saad al-Saltanah, the subsequent governor of Qazvin.

An individual by the name of "Anatoly Nekalayevich Bastelma" managed the business.

During the construction process, Russian engineers built a modest church in Qazvin, immediately recognizable by its red brick structure and turquoise dome.

This cruciform church, also known as the bell tower locally, has a larger dome in the center of the sanctuary and a smaller dome atop the altar that faces east.

The church's western side has the entryway, which contains an area with a pitched roof at the gate.

The anteroom after the entry has a three-story bell tower with a tiny dome atop it that is roughly eleven meters high.

The only two sides of the entrance walls that have Russian crosses hanging from them serve as a reminder of their country of origin. There are gravestones all around the churchyard, which is not very large. In the solar year, Nikolai Alexandrovich, a Russian engineer, passed away at the age of 9 and is buried in one of the tombs identified by a black stone.

In addition to the monument, there is another stone in the church that belonged to a Russian pilot who, according to legend, wrecked his plane near the city during World War I and was buried there.

The Safavid dynasty saw the church's restoration after it had suffered significant earthquake damage in the ninth century AD.

Numerous churches bearing the same name may be found all over the world. Stephen (St. Stephanus) was one of the earliest martyrs of the Christian faith as well as one of Christ's apostles and the first preacher of Christianity.

In Jerusalem in the year 36 AD, he was stoned to death on charges of preaching against Jewish law.

In the East Azerbaijan Province's mountainous region, 16 kilometers west of Jolfa, St. Stephanus Church is situated in the heart of a lush valley and is surrounded by a stone wall and seven watchtowers, giving it the appearance of a fort. The sanctuary, Daniel's stove, and the bell tower make up the church.

The church holds a special place in the hearts of the Iranian Armenians, who regularly congregate in their numbers on various days of the year to perform special rituals. It is not unexpected that Christians in Tabriz have chosen this location for their significant festivities and gatherings given that the building is at least 500 years old.

The Armenian Apostolic Church of Tabriz has its national religious ceremony in this, the city's biggest and oldest church.

It is certain that the church dates to at least the 16th century AD, during the Safavid era, based on the oldest tombstone in the building.

On the other hand, the church portal's design is reminiscent of that of the Ilkhanid era, which suggests that it may have been built even earlier.

Another hint can be found in Marco Polo's itinerary, which mentions a chapel at Tabriz on his visit to China in addition to the Ilkhanid-era buildings.

The church is constructed in the shape of a cross and is based on Armenian architectural design.

The corners of the dome and the altar's walls are decorated with lovely icons of the Virgin Mary, Jesus, the Apostles, and Saints.

In the end, we tried to get to know you better by introducing you to several Iranian churches.

Additionally, you can go see them in various cities like Tabriz, Qazvin, etc. You must travel, and traveling requires a vehicle.

To rent the car of your choice and enjoy your trip, go to https://cafeerent.com/tourism. 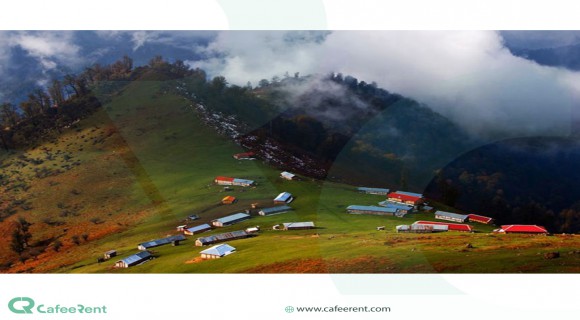 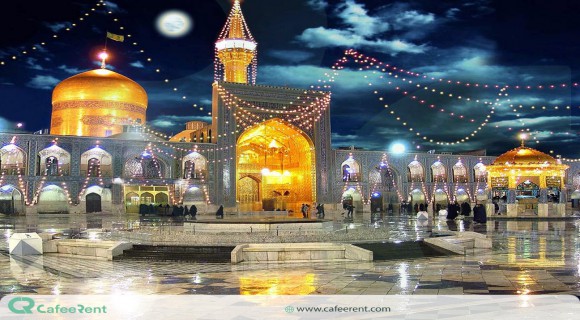 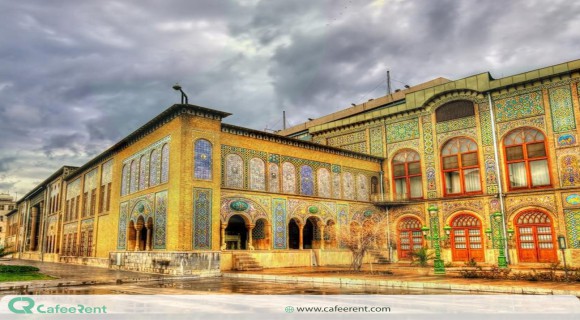 A prime example of the Qajar era's masterful fusion of traditional Persian arts and architecture with Western influences is the opulent Golestan Palac... 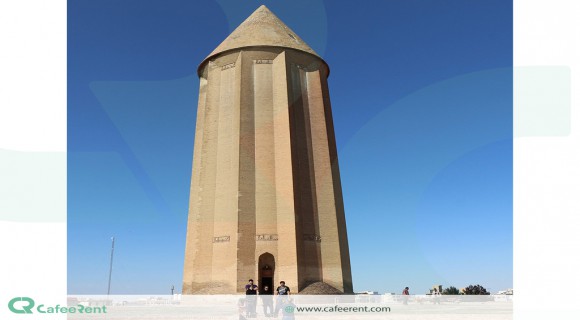 One of Iran's internationally renowned architectural landmarks, Gonbad-e Qabus, is regarded as the finest example of human engineering history. There... 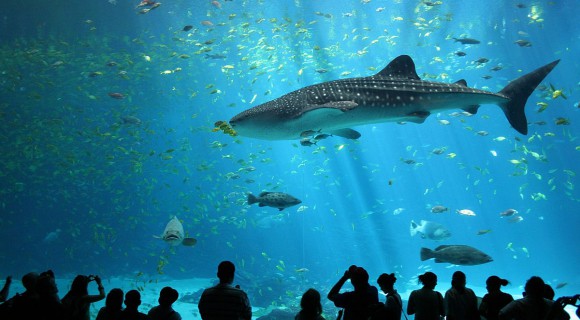